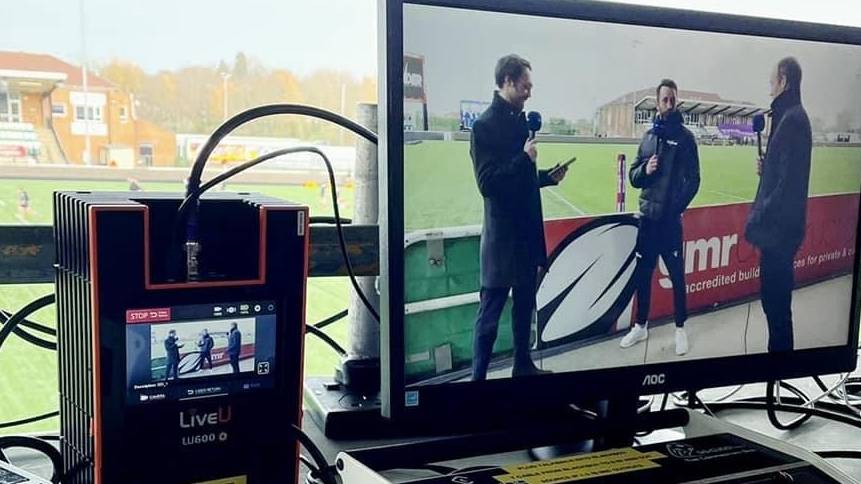 Newcastle Thunder’s return to the Betfred Championship was the most-watched fixture of the weekend over the Easter bank holiday, as the competition streamed all seven rounds via the RFL’s OURLEAGUE app.

Serving up a thrilling 30-30 draw to an audience made up of a mix of individual game purchasers, day, and weekend pass holders and 2021 Thunder season ticket members, the live stream coverage ensured rugby league fans could get their sporting fix from the game against Widnes staged behind closed doors.

Working with the RFL, production company 247.tv and 6Media, the broadcast also included a 30-minute pre-match show with a range of scene setting interviews along with additional content broadcast during the half time break.

It is a service that will also be provided for the home games against Sheffield Eagles (25 April, KO 17:15) and Batley Bulldogs (2 May, KO 12:45) with passes for both these games available to purchase now at www.rugby-league.com/livestream

Commenting on the streaming numbers, Newcastle Thunder general manager Jordan Robinson said: “The live stream of behind closed doors games is a great initiative, and we were thrilled so many fans tuned in for what was a fantastic advert for the sport. The dwell time for the Thunder v Widnes game was also the highest of all the games streamed as the on-field action kept supporters engaged throughout.

“We worked closely with the RFL and our partner 6Media to put together a high-quality pre-game. We will be doing the same for the remaining fixtures where the live stream will be provided.

"We’d like to thank Widnes Vikings for promoting the game so positively to their fans. A note of thanks also needs to go to the commentary team of Matt Newsum and former coach Chris Hood who were so informative and professional throughout.

“The club obviously can’t wait until fans are able to come back to Kingston Park. We hope in the meantime supporters enjoy the streams and continue to buy them as they do generate revenue for the club."