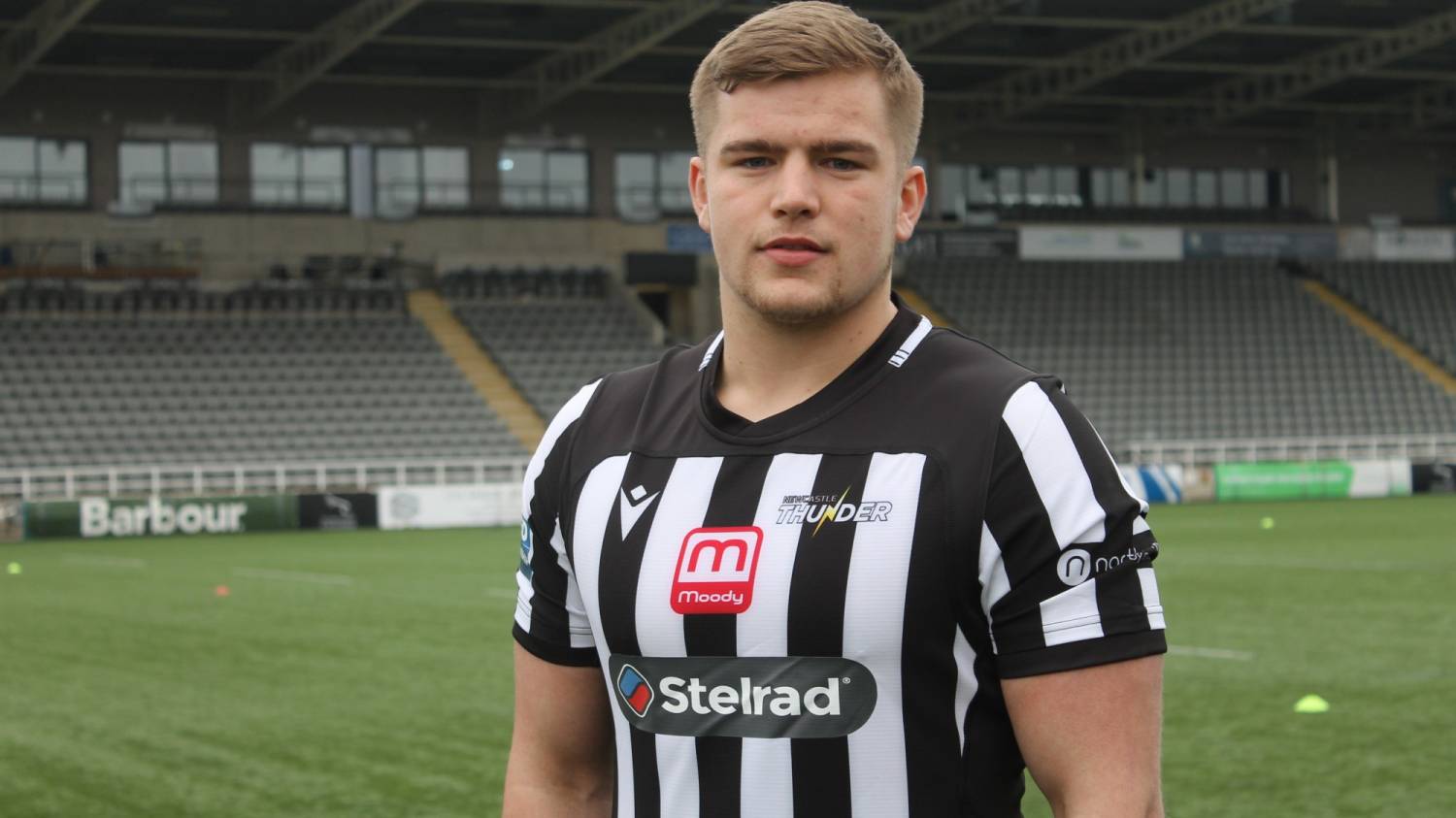 Newcastle Thunder’s new alternate strip is proving popular with the club’s fans with almost half the available stock snapped up in just under a week, making it the fastest selling shirt in the club’s history.

Launched ahead of the opening Betfred Championship game of the season, the new alternate jersey made its competitive debut in the 30-30 draw against Widnes Vikings, as Thunder staged a thrilling second-half fightback to take a share of the spoils in a match streamed live on the OURLEAGUE app.

Adopting a design that is synonymous with the city, the new shirt was unveiled alongside a new club partner in the form of Stelrad, the award-winning, Newcastle-based manufacturer of high-quality steel radiators and the UK’s number one heating specialist.

Designed and manufactured by the club's official kit partner, Macron, the alternate shirt will be used for 50% of matches this season and will sit alongside the club’s principal purple, black and yellow kit.

Reacting to the strong sales, Newcastle Thunder general manager Jordan Robinson said: “We’re delighted that there has been such a positive response to the new shirt and that the replicas have been bought so quickly by the Thunder Army.

“With this and the main principal shirt, we have two bold looks that are instantly recognisable and we’re looking forward to seeing fans wearing both when we are able to welcome them back into the ground.”