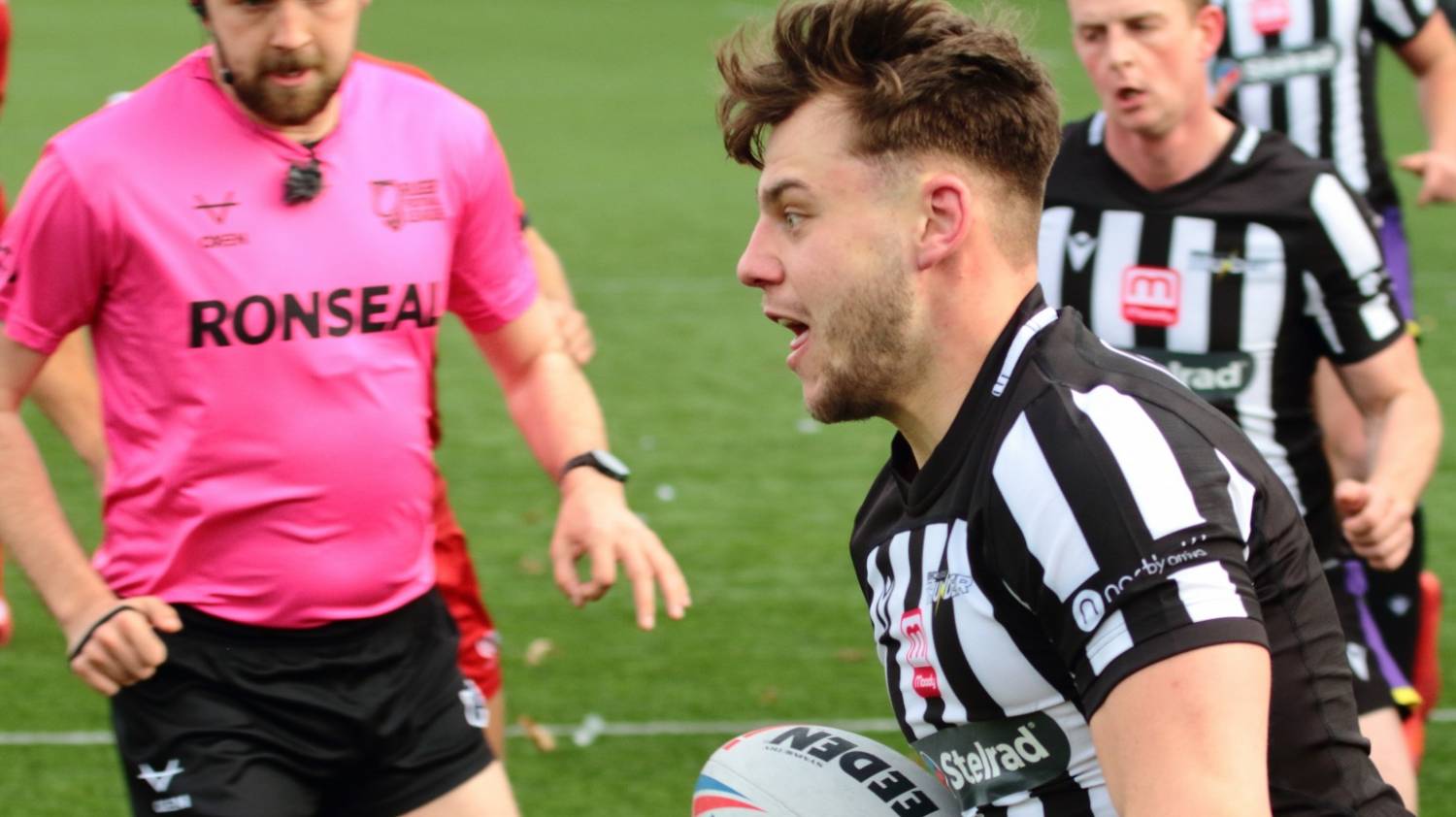 Newcastle Thunder’s search for a win in Whitehaven continues following Sunday’s Betfred Championship action, as they fell to a 29-20 defeat in round two.

In a hard fought game, Eamon O‘Caroll’s side delivered periods of pressure and some well earned scores, but ultimately came away empty handed.

Newcastle made the early impressions and looked good going forward, with strong ends to sets allowing them to contain Whitehaven well in their own half.

After trading sets, it was Whitehaven who opened the scoring against the run of play as a strong end to a defensive effort was undone.

Managing two offloads on the last tackle on their own 40m line, the Cumbrians set up a foot race which a wicked bounce allowed Andrew Bulman to score the first try of the game.

It was the start of a ten minute period where the hosts turned the screw and built up a 14 point lead as they capitalised on Newcastle mistakes to take control of the match.

A knock on while fielding a high ball gave a repeat set to the Cumbrians, from which Connor Holliday scored the hosts second converted try, before Lachlan Walmsley added a penalty.

Regrouping from that blitz of the scoreboard, Thunder hit back with a well-worked try from Kieran Gill on the half hour but a dropped ball gave the hosts the opportunity to restore their advantage.

Playing on the last, Bulman was able to dive in at the corner to give Whitehaven an 18-6 half-time lead.

A strong start to the second half failed to yield any points for Thunder and their task became harder when Karl Dixon evaded attempted tackles close to the line for the hosts fourth try of the day.

Newcastle’s brightest spell of the game came on the hour as they hit their attacking straps and two well-worked tries were their reward.

First, Woods’ sharp passing created the space for Jack Johnson to cross on the corner before another neat offload freed Sam Wilde for a try on the occasion of his 100th career game.

Getting to within eight points Thunder went hunting for a score to put additional pressure onto the hosts but were undone when a goal line scramble resulted in Whitehaven all but securing the game through a Walmsley try.

Looking to have had the last word with a drop-goal for the Australian with two minutes remaining, Thunder’s Alex Clegg was rewarded for his determination close to the line with the final score of the day.